In June 2017, two Grade 11 students from the Simon’s Town School’s Lawhill Maritime Centre, Lubaqa Ngongoma and Euston Kockera, chose to do their compulsory work shadow project at Marine Crew Services.They spent several days in our offices learning more about the crewing industry. They were also given the opportunity to spend a day on board a vessel, the Greatship Manisha, an experience which they thoroughly enjoyed. 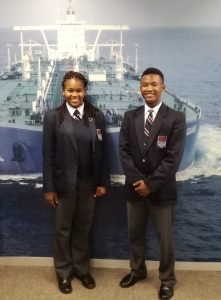 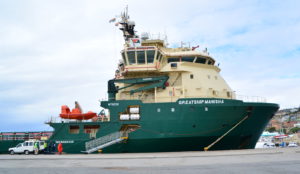 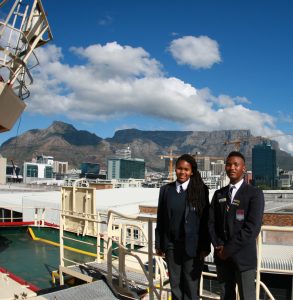 Click on their thank you letters below to read more. 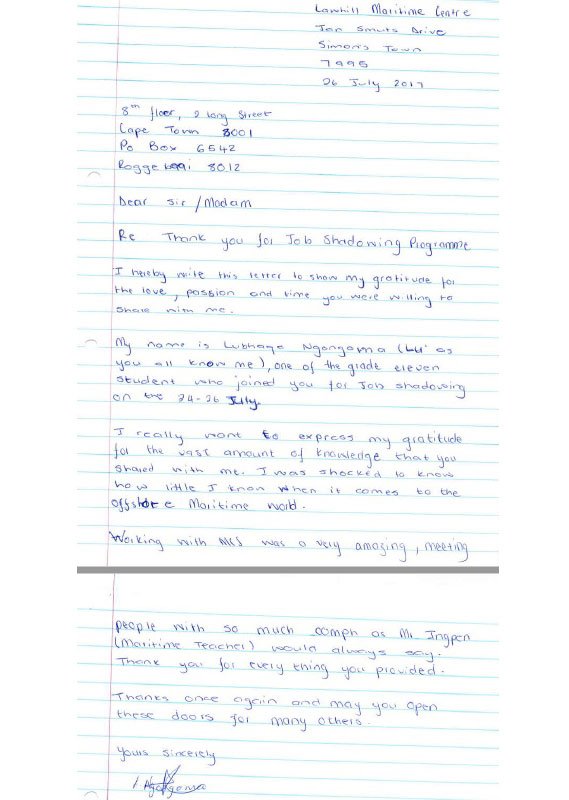 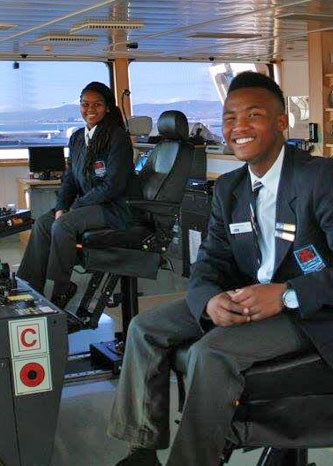 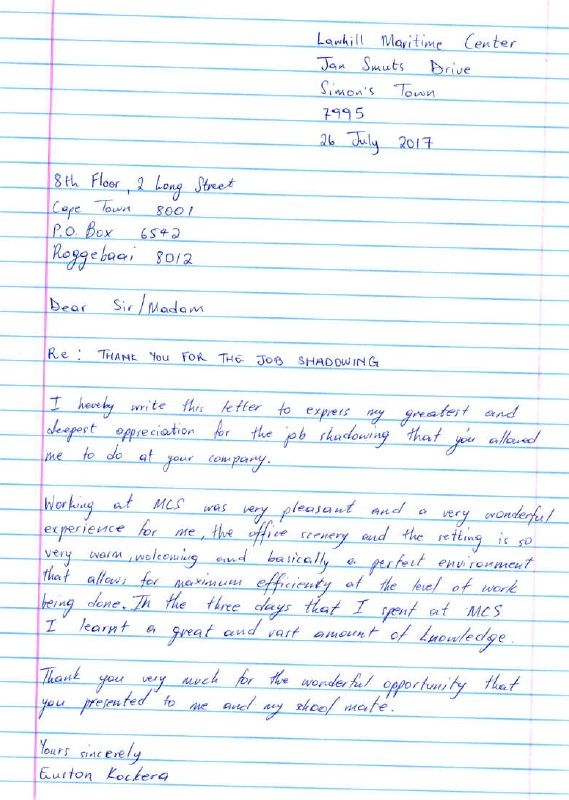 Since 1995, the Lawhill Maritime Centre at Simon’s Town School has offered Grade 10 to 12 learners a maritime-related education. Two fully-fledged NSC subjects – Maritime Economics and Nautical Science – equip young people to move from school directly into interesting careers within the maritime industry ashore. Others have progressed – via the Maritime Department at the Cape Peninsula University of Technology – to sea-going careers where the world becomes their oyster.

Marine Crew Services is an enthusiastic supporter of the Lawhill Maritime Centre at Simons’s Town School.

Marine Crew Services has employed graduates of the Centre in shore-based position.  Mpumelelo Mandla Makha, who matriculated from Simon’s Town School in 2012 is currently employed at Marine Crew Services South Africa and has both Crewing and Commercial experience under his belt. 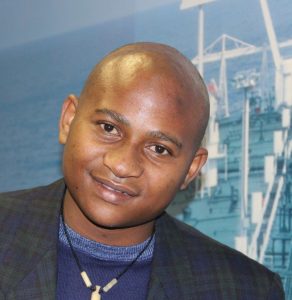 Take Zolisa for example. With roots in a local township, his Maritime Economics course at Lawhill gained him an internship in a large ships’ agency office in Cape Town. He showed his mettle to the extent that, after six months, his one-year contract as an intern was replaced with permanent employment, and, shortly thereafter, with well-deserved promotion.

After her three years at Lawhill Maritime Centre, Blondie – a nickname – moved into marine engineering and has subsequently been promoted to third engineer in a really large cruise ship, a wonderful achievement for this amazing young lady from the rural village of Tsomo in the Eastern Cape. She is due to complete her exams for Chief Engineer by the end of 2017.

When Tyrone, a navigating officer on a bulk carrier, was on bridge-watch aboard his ship as she approached New Orleans, he called up another ship from the same company on the radio. Responding was Paulette, his equivalent officer on the other ship. Each quickly realised that they had been classmates and fellow boarders at Lawhill Maritime Centre four years earlier! And they met again, via ships’ radios off the US Gulf coast!

In 2016 Lawhill celebrated its 21st birthday with extensions to the building – generously funded by a grant from the TK Foundation. This boosted the number of boarding places to 66 learners, and, as of 2017, Lawhill’s Nautical Science course has included a specialised component in electronic navigation systems (ECDIS software kindly donated by Captain Kieron Cox).

Lawhill also hopes to introduce a new subject Marine Sciences, a combination of marine biology and oceanography that will combine extremely well with Lawhill’s existing subject package. And another exceptional offering to learners is sail training in Lawhill’s own yacht, recently donated to the Centre by international maritime mentoring organisation, Marine Inspirations.

As Lawhill receives no direct government funding, the success of the Lawhill operation at Simon’s Town School can be attributed to the mutually-beneficial partnership with the private sector, particularly the shipping industry, as well as the hard work, dedication and commitment of its students and staff.

Marine Crew Services awards bursaries to Simon’s Town School/Lawhill Maritime Centre students for tertiary studies at Cape Peninsula University of Technology. In addition, the company supports the current students by providing work shadow opportunities over the June holidays.  Two Lawhill students were also invited in August to visit to the Greatship Manisha vessel while in the Cape Town harbour.

In 2017 Marine Crew Services awarded tertiary education bursaries to two matriculants from the STS Lawhill Maritime Centre. With the support of Marine Crew Services, Asenathi Sodinge and Tanaka Katandwa began their Navigation Studies at Cape Peninsula University of Technology in January 2017. Both students are doing exceptionally well and doing us proud. 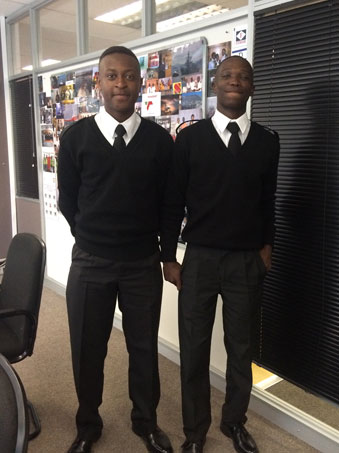